Should have gone to mediation

“Ridiculous £9m divorce earns sister prison term.” Not only did John Hart aged 83 go to jail for failure to disclose documentation in a divorce case but his sister too. When feelings ran this high why didn’t it go to mediation. Thanks to the Metro for this story on 7 November 2018.

How about the Court of Appeal itself, should there have been an in house mediation of counsel and judges in a recent case?

The Court of Appeal has rejected challenges from two convicted criminals, while relating a remarkable display of hostilities between the trial judge and defence counsel. Lady Justice Hallett DBE said it was a sad fact that the relationship between lawyers and the judge ‘deteriorated significantly’ during the course of last year’s trial at Snaresbrook Crown Court (pictured). But Hallett said this did not affect the outcome of the case. One counsel complained that the judge, Her Honour Judge Kaul QC, had demonstrated ‘disproportionate hostility’ to the extent that the two Lithuanian appellants had been deprived of a fair trial. Judge Kaul, meanwhile, made a complaint to the Bar Standards Board about counsel’s conduct of the case, Hallett’s judgment states. Counsel had sought to withdraw in light of that complaint claming a conflict of interest, but this was declined. 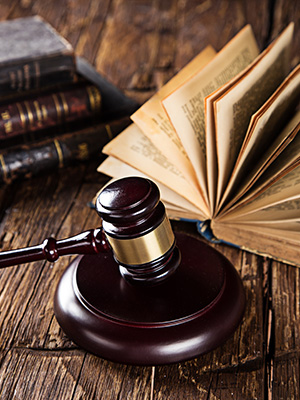 It is exasperating to see that nearly every day there is a story in the press of horrible things that happen to people who are unable to deal with their conflict. If only they turned to conflict handling specialists like ourselves, we could have saved them so much angst. Here are some examples of what should have gone to mediation to be resolved in a way chosen by the parties to suit them which would have enabled them to move on:

Gordon Ramsey will have to pay £1.6 million to his father in law after taking his case all the way to trial. If he had taken this to mediation, the public would not have known about it because of the confidentiality of mediation and he might well have done a great deal better and have less outstanding unhappiness or bitterness within his extended family.

Father, 49, told he faces prison sentence for demolishing family home with a sledgehammer after inheritance row with his brother.

Furious father-of-six, Tony McGuire, battered the £300,000 semi-detached home into pieces while his neighbours looked on. Mr McGuire’s father Allan owned the house in Manor Way, Cardiff, until his death in 2005.

Read more
Brother sues twin sister, claiming she manipulated their dying mother into changing her £2million will to deny him controlling share of family business


Robert Simon has accused his sister Hilary Woolley of turning against him out of envy resulting from her own unhappiness. He is suing her in the High Court over their mother’s will.

When the mother and father – who have not been named – arrived for their umpteenth court hearing, the weary judge observed: ‘My sense was that I could have been doing little more than applying a sticking plaster to a deep and persistently infected wound.’


More tales from the bizarre world of conflict…